For over 50 years, Wind River Ranch has offered a peaceful and beautiful setting for families to enjoy a restful getaway from the normal. 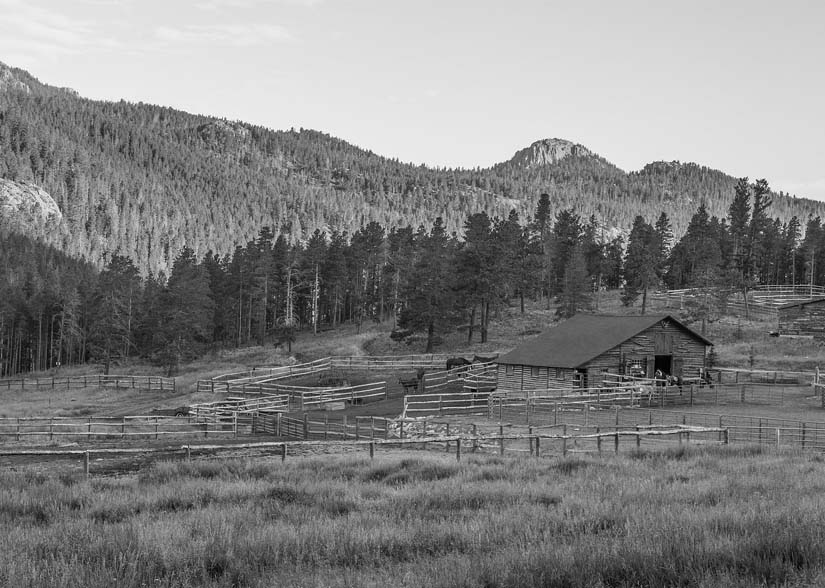 Wind River Ranch is located 7 miles south of Estes Park in what is known as the Tahosa Valley. “Tahosa” is a Kiowa word that most likely means, “dwellers of the mountaintops”, which is very true since the ranch is situated at the base of Twin Sisters Mountain at an altitude is at 9200 ft!

The ranch property was originally homesteaded in the 1870s by Elkanah J. Lamb, an itinerant pastor and missionary from the Midwest. Lamb and his wife Jane used the property as a cattle ranch and a small dairy operation while he preached and ministered throughout the valley.

It took Rev. Lamb and his son two days to bring furniture and supplies seven miles from Estes Park! Since the area was largely uncharted, they found it necessary to cut and clear trees as they made the journey. The route was used later by stagecoaches transporting visitors from Lyons to the Estes Valley.

Rev. Lamb was an avid mountaineer and led guided trips up Longs Peak for many years. The snow patch between Longs Peak and Mt. Meeker is known as Lamb’s Slide in honor of his first recorded descent in 1871. To celebrate her 70th birthday, Jane Lamb climbed Longs Peak with Rev. Lamb!

In 1902, Rev. Lamb sold a portion of his acreage – the present-day Longs Peak Inn on the Salvation Army property – to his nephew Enos Mills, naturalist and founder of Rocky Mountain National Park.

Wind River Ranch transitioned from a working ranch to a guest ranch when Dr. James Gay and his wife, Bessy, built seven log cabins for their friends and family to enjoy private outings. As the years progressed, the Gay Family began to rent out the cabins to supplement their income and to introduce more people to this beautiful area.

In 1944, the Gay Family sold the ranch to Robert Hutchinson who began to operate the ranch as a full-time guest ranch. They built 2 more log cabins and 5 more conventional cabins, along with the Recreation Hall. The Hutchinsons retired in 1973 and sold the ranch to Bob and Nan Irvin who had vacationed at Wind River Ranch for 13 years previously. The Irvin’s continued to operate Wind River Ranch as a guest ranch with the same level of pride and excellence as the Hutchinsons.

In 1997, the Irvin’s sold the ranch to Don Anderson Ministries that continued the western tradition of Wind River Ranch but with an intentional, Christ-centered focus. The Ford family purchased the ranch from that ministry and then passed ownership to the Crosby family in 2004 with the sole purpose to continue the ministry of the ranch.

Over a thousand guests pass through our gates each summer to enjoy the stunning scenery and to reconnect with their family and their Heavenly Father during a life-changing week at Wind River Ranch. We are proud to be the stewards of this property and are humbled to continue the legacy of ministry that was started by Rev. Lamb over 140 years ago!

At least 10 television commercials have been filmed at Wind River Ranch, including Roper Boots, the State of Colorado, High Karate Aftershave, and a series of Folgers Coffee commercials (“Ummm, that’s good coffee!”). Several companies have shot catalogs here as well, including Cabelas.

Ready to start your adventure?

We want you at Wind River Ranch! Learn more about our pricing and availability!